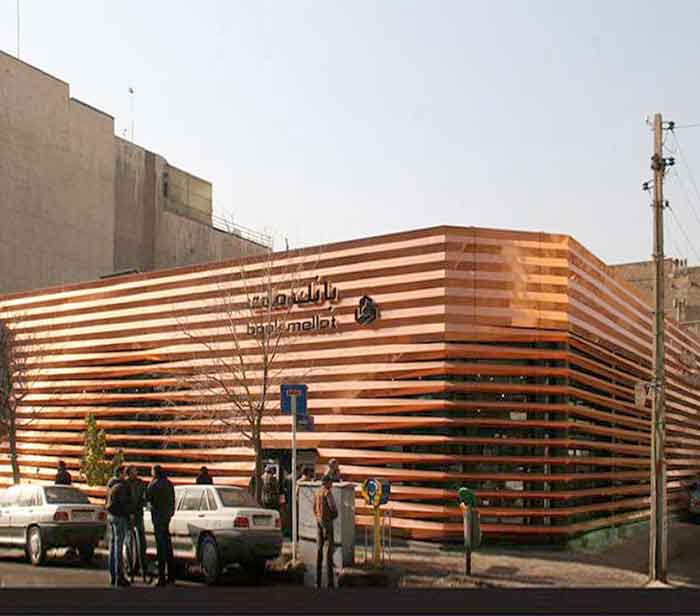 ﻿Due to the tough competition among the Iranian banks for renovating their image, in January 2009, Mellat Bank management asked the above mentioned designers to design a new façade for its branches. In order to evaluate the sociological, technical and visual consequences of such new corporate concept, the bank decided to apply it first in the façade of an existing branch.

More images and project description after the break. After a joint study with the client’s experts, the designers selected one of the main branches of the bank Located in Villa street in Tehran for housing the pilot project for the new corporate façade concept.

The formal solution for the pilot project should have the flexibility of being used in many different contexts and dimensions. For this reason the designers didn’t make any reference to the surrounding buildings. They created a homogeneous form with high graphical impact, that could absorb and solve any situational variation, such as building plan, openings, ATM, door, structural elements and security requirements, without interrupting the continuous form of the façade or losing identity.

The pattern used to create the façade is based on a simple geometrical principle, first practiced on a A4 paper. The paper was cut along several parallel lines. Consequently the strips of paper were bended on their longitudinal axis with a variety of angles. Anti-oxidation copper sheets were used to create the main form of the façade.

The color of copper could compensate the gray and smoggy atmosphere of the Iranian big cities. Aluminum sheets were used to reinforce the copper sheets and steel profiles used as sub-structure for connecting the façade to the building.

Behind the copper façade there are burglarproof windows and a rollup steel curtain as the last protection device. The access to the bank is through a section of the façade that can move up and down manually. A mechanical system based on pulleys and counterweights allows operators pushing up or pulling down easily the big section of the façade by hand. 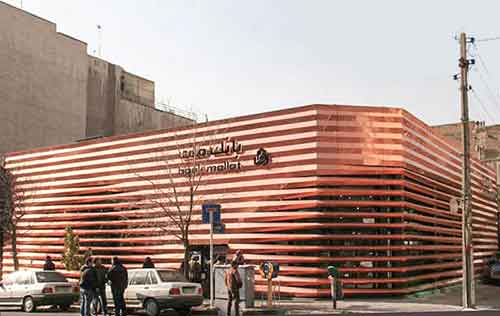 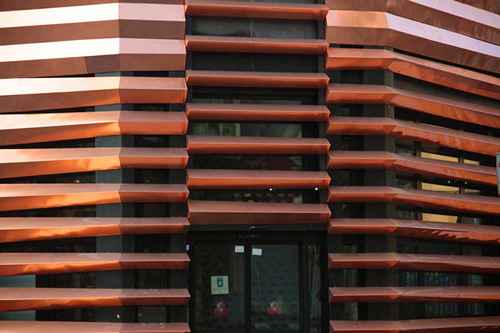 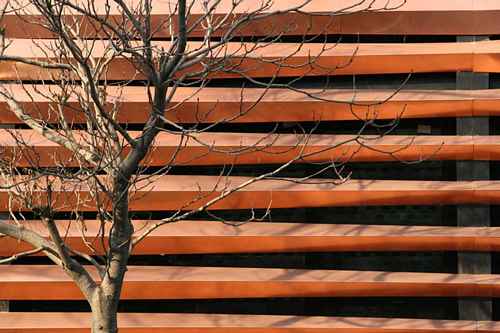 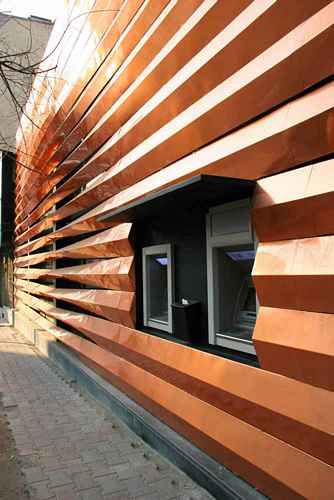 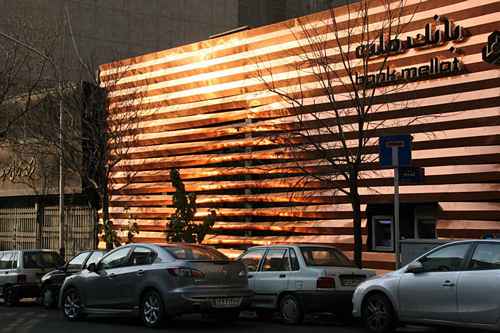 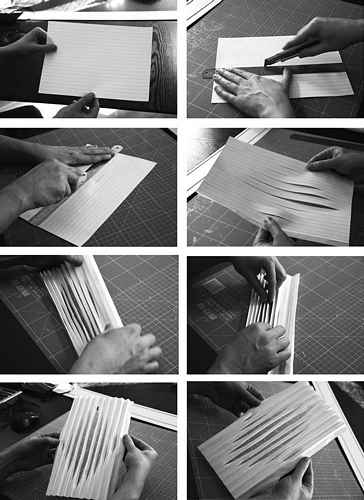 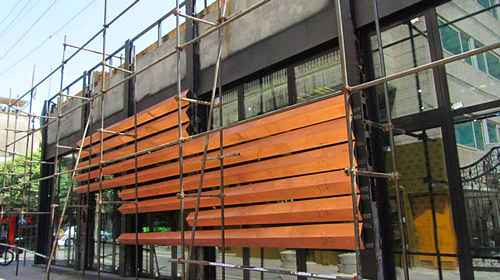 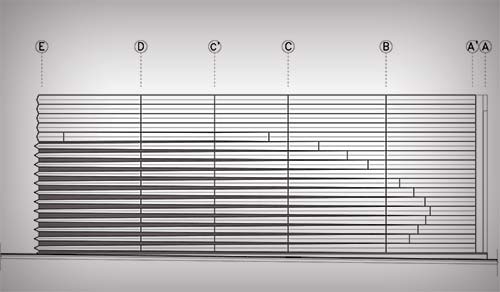 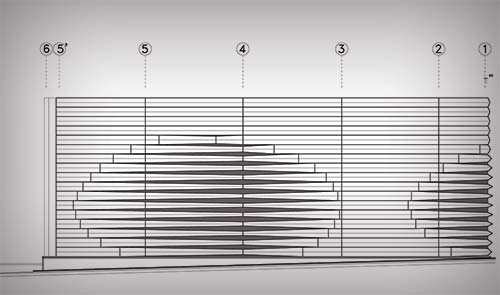 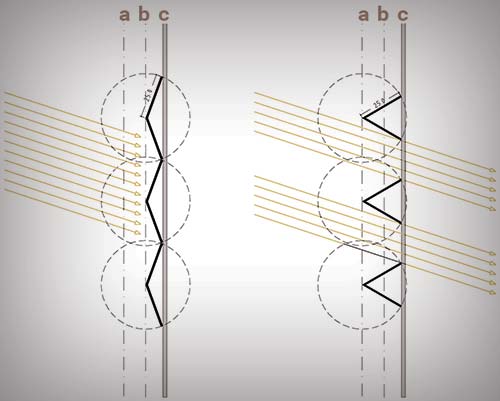 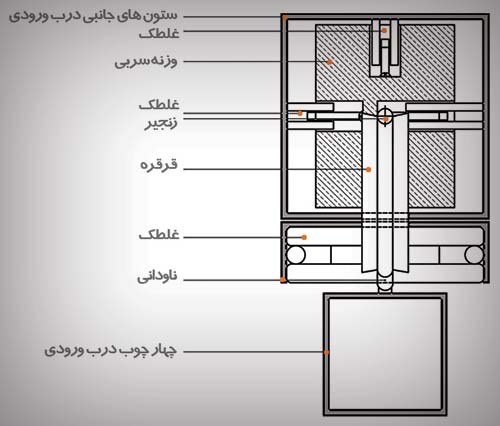 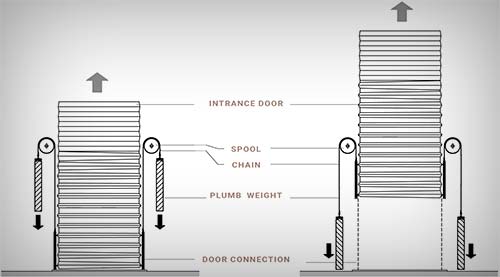