documents, images and more information about the 30 houses Project. designed in 2017 , residential category. and its compeleted - Alireza Mashhadi Mirza; architect and designer 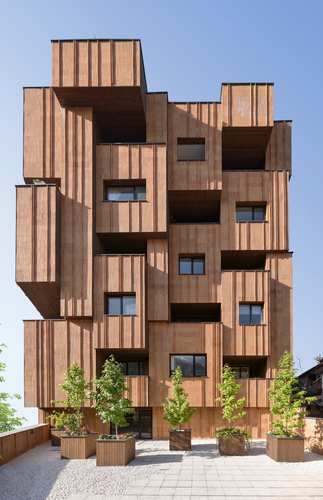 ﻿This project is located in Darband mountainous area in north of Tehran. With 200 years of history, Darband was a country side area which based on urban development in Tehran is considered as a part of the metropolitan now.

Due to the mountainous nature of the area and its topography, most of the buildings are located on either slow or steep slopes and pedestrian walkways are shaped as often stairwell accesses. The architectural texture of this area includes irregular shapes and different forms based on the topography.

The architect in this project was inspired by local texture of the Darband area, along with the Darband Mountains in addition to concern towards lost cultural roots of traditional Iranian houses. Instead of applying a typical apartment plan and design, 30 Houses is a set of diverse cube forms in terms of sizes and scales influenced by the local texture and the mountainous area around.

These forms are subject to various plans, such that none of the plans are not alike and the layout of spaces such as the kitchen, terrace, living and dining varies in each level. The asymmetrical vacant traces, interacting with interior zones make overall volume especial with Mountain View.

A combination of space arrangement (private, independent courtyard, big terraces, roof garden) to intermediate (terraces) and finally enclosed spaces (units) have fulfil the users need especially children. There is also creation of variety in open spaces vision and landscape in the form of a residential unit’s terraces. Instead of 30 separated units only, it tries to display a picture of the aggregation of thirty houses all in one harmonious frame.

The building is designed on an area of 1300 square meters in 8 floors, and according to the slope of the topography from the west side of the building covers 6 floors and east of 8 floors. The project covers the apartments with 8,000sqm. Four yards and green open spaces are for the gathering of thirty houses.

Turning the roof of the project into the main courtyard as roof garden helps to provide bench, the flower box, and etc. as gathering place for neighbors. Also as paying attention to the children, 10 cm short stairs, short bench, special features in the swimming pool for children is another point for the residents. In addition, creating private alley and a dedicated private entrance is one of the unique features of this residential project as well. Valuing local, low cost materials like brick instead of using imported technology needs especial creativity.

The 90-degree bricks rotation in 3300 mm façade eliminate the error of construction and create accidental lines. Façade looks dynamic, flexible and unique. The building is not a typical project and contains thirty various plans, with high social interaction of habitats. 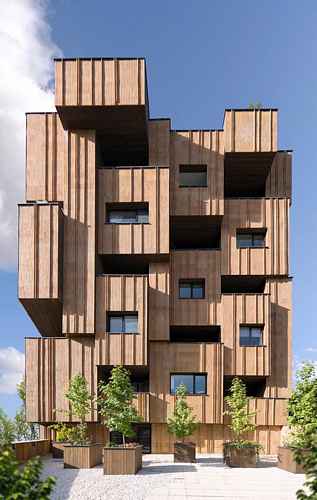 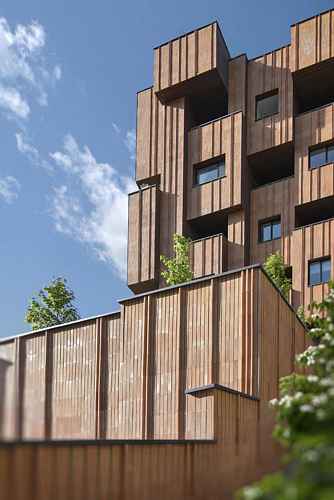 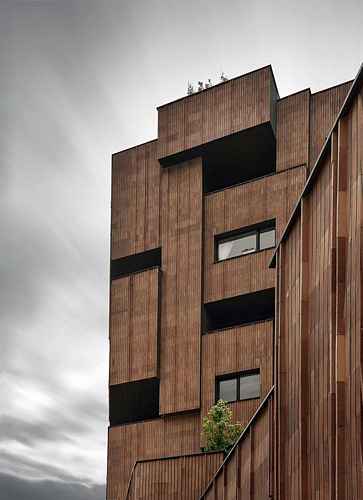 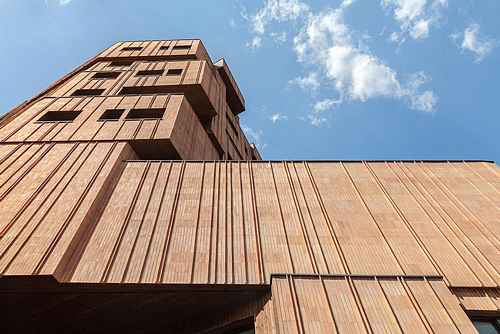 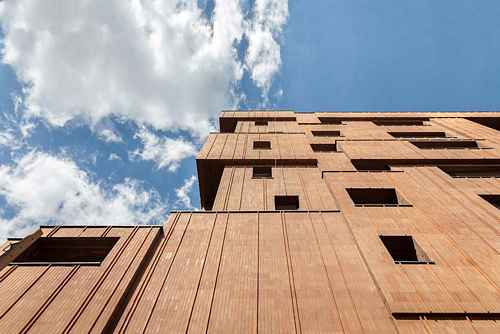 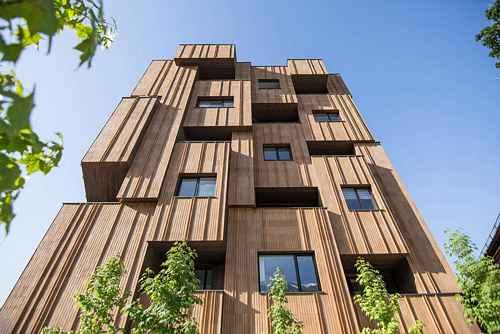 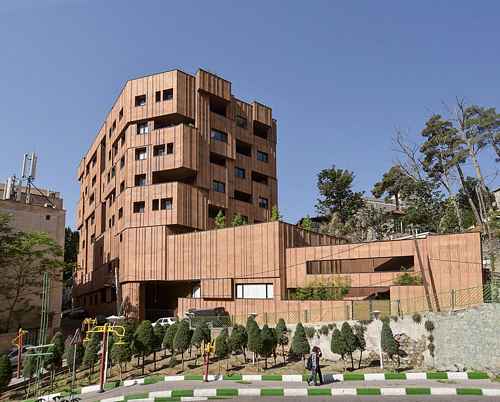 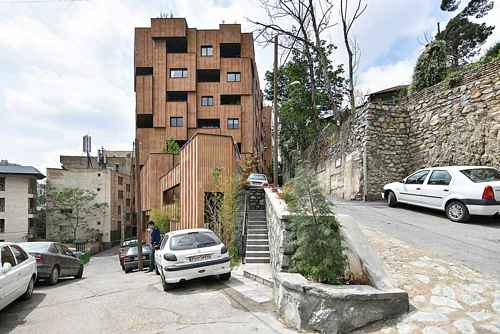 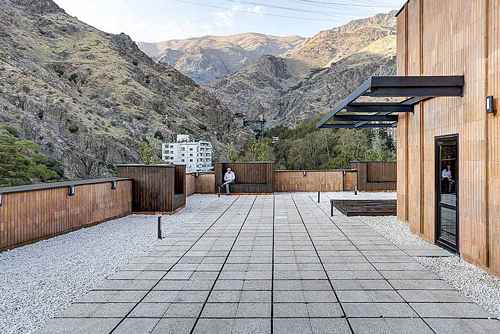 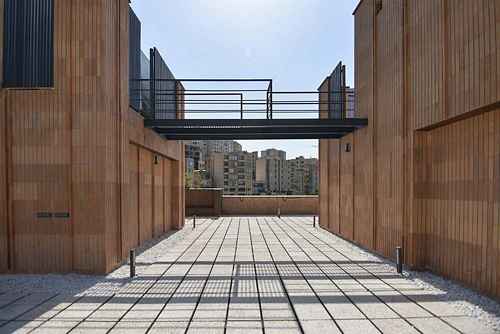 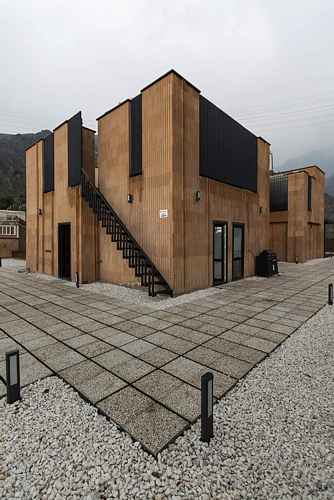 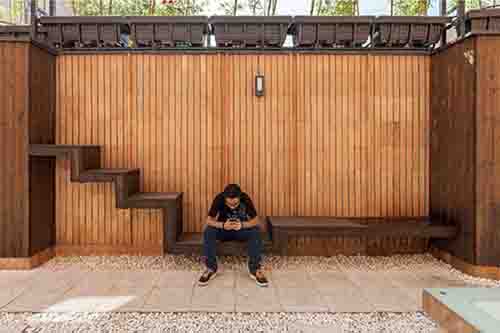 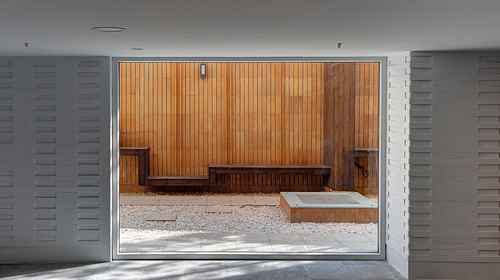 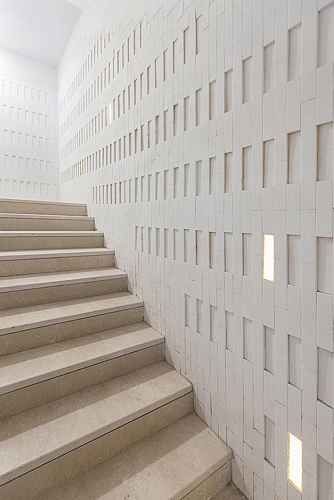 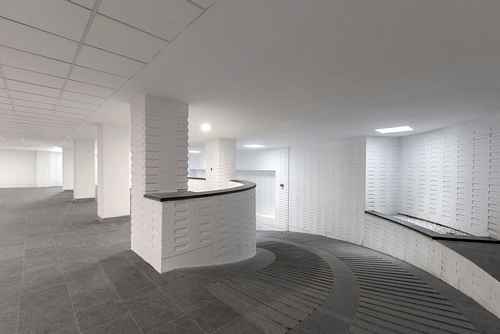 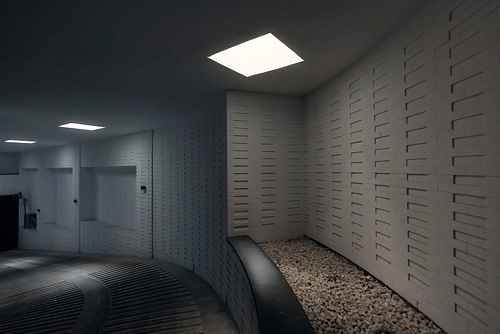 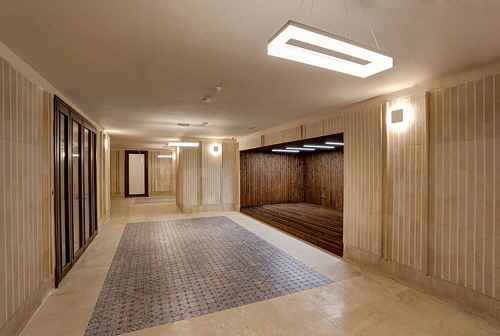 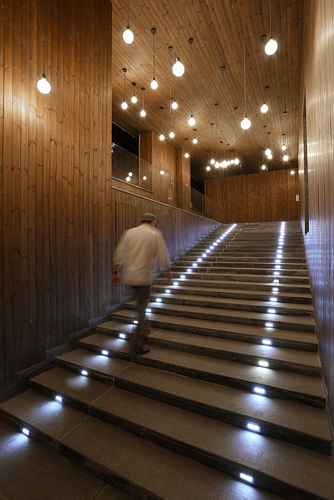 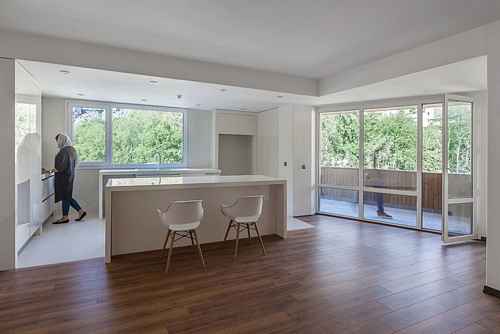 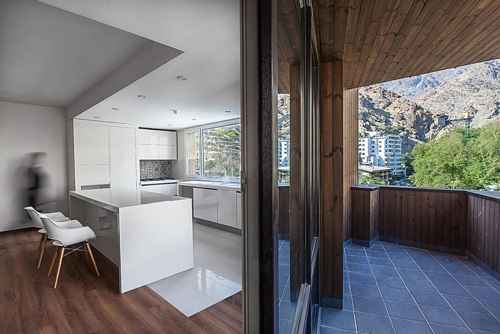 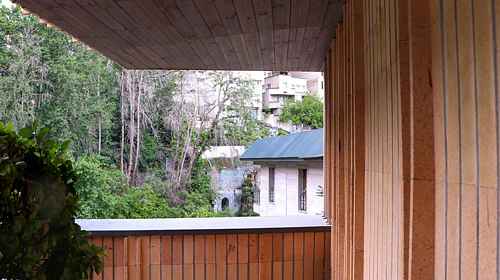 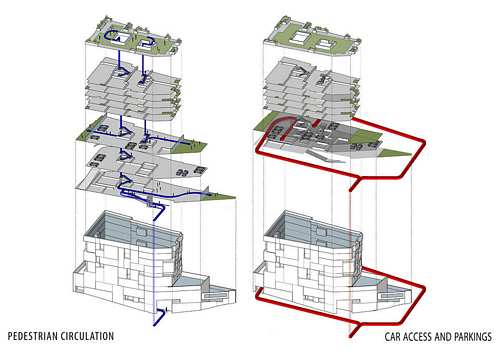 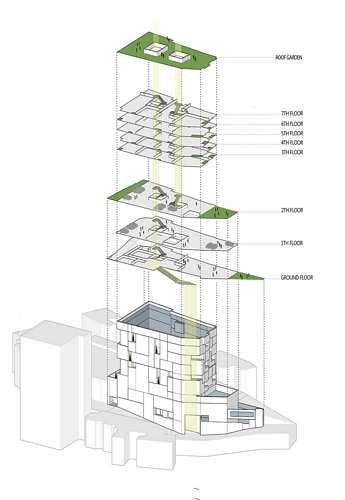 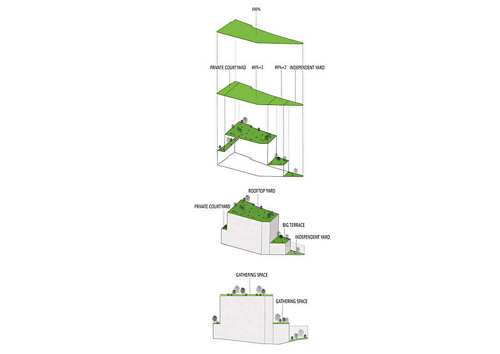 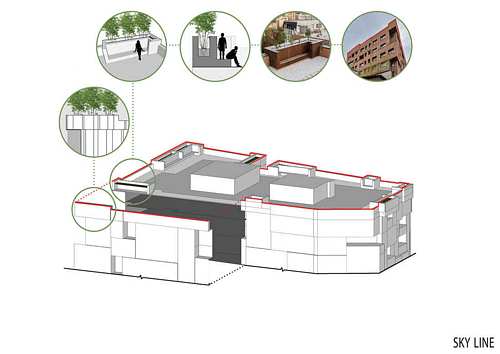 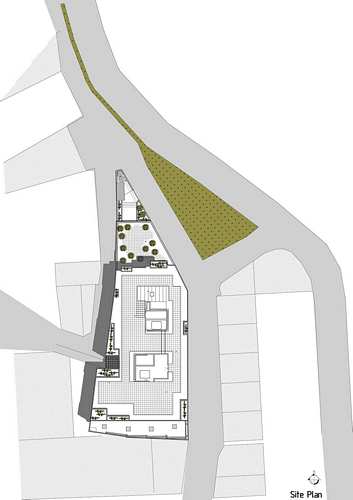 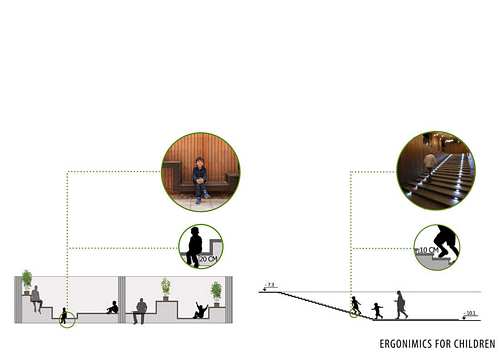 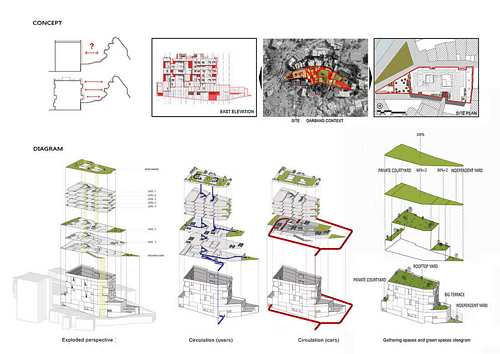